Keraleeyam Masika started its journey 24 years ago with indepth, and ground reported stories, on the intersection of ecology, social justice and people’s movements. It started as a Civil Society Collective and published the magazine from 1998 till March 2020, and transitioned to digital.

Founded by Mahendranath Mishra, a senior journalist, Janchowk reports on the issues of deprivation and discrimination against citizens. It focuses on the issues in the five states of Uttar Pradesh (especially Poorvanchal), Bihar, Jharkhand, Chhattisgarh and Uttarakhand. 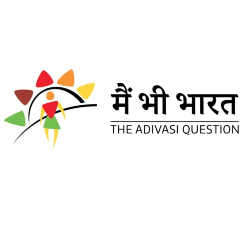 Main Bhi Bharat was launched in 2020 as a portal to cover and report exclusively on tribal issues and the issues of Particularly Vulnerable Tribal Groups (PVTGs), it focuses on covering the stories and issues of the tribal population, to provide a voice to tribal India and take their stories and issues to the non-tribals, policy and lawmakers to create conditions for corrective interventions by the state. It also goes beyond the coverage of governance and policy issues to celebrate and mark tribal lifestyle, cooking and culture. 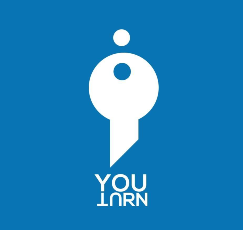 YouTurn, a dedicated nonpartisan fact-checking website in Tamil and English. It fact-checks and debunks fake news and misinformation shared on social media and mainstream media on subjects spanning politics, health and medicine. 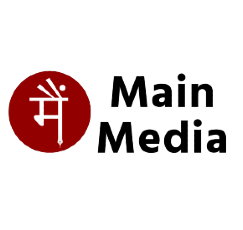 Main Media is a hyper-local publication in Hindi covering the Seemanchal region, the four districts of Bihar – Kishanganj, Araria, Purnia, and Katihar, launched in February 2018 by Tanzil Asif. It is known for its Deep-reported hyper-local reporting on systemic issues in Seemanchal, one of India’s most backward regions which is largely media dark. 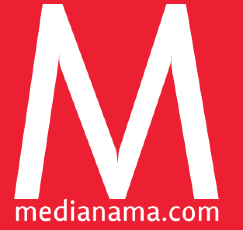 MediaNama is an independent news site driven by the mission to ensure that the Internet and the digital ecosystem in India remains open, fair, competitive and global. It seeks to understand, explain and anticipate the consequences of technology policy in India through reporting, consultation papers and events.

Democratic Charkha is a video-first entity with substantial ground reporting on issues of the marginalised and the vulnerable. It focuses on delivery of public services, governance, livelihoods and systemic issues in Bihar. 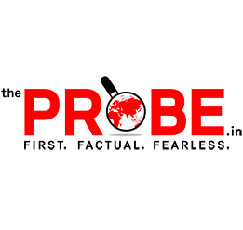 Founded by journalist Prema Sridevi, TheProbe is an independent and video-led digital news media platform that focuses on rigorous research and investigative journalism to create an impact and bring solutions to public issues. It delves into issues and events that have a critical impact on society but do not get the media space that they deserve 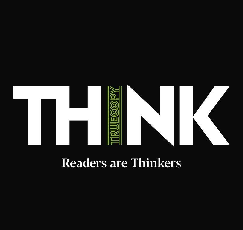 TrueCopy Think is a multimedia portal in Malayalam for in-depth discourse that focuses on the marginalized and the subaltern, from polity to society and science to literature. The publication is known for its deep-researched, long narrative and analytical journalism, which it believes are essential for understanding complex socio-political issues. 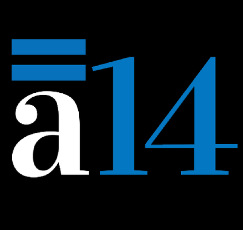 Article14 provides intensive research and reportage, data, and varied perspectives and addresses threats to and failures of justice and deficiencies in the legal system. It tracks successes that can be built upon and discerns trends and patterns that require to be brought to the widest public attention. 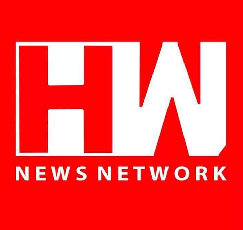 HW News, helmed by Sujit Nair, is a video-led, sharp, opinionated take on current news, issues, and events in English, Hindi, and Marathi. It provides a perspective to, and analysis of, important news breaks. It has grown into a niche channel with a cult following and clocked significant traction on social media platforms. 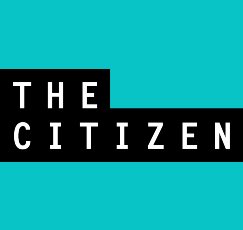 Founded in December 2013 by senior journalist Seema Mustafa, TheCitizen is an online publication that covers issues of the citizens at the margins of society, people’s movements, foreign & strategic affairs, gender rights, ecology, and mental health, through a network of independent journalists and columnists. 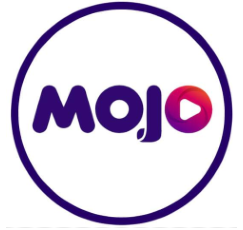 Mojo Story is a video-first news and views platform founded by Barkha Dutt, one of the foremost names in journalism in India. Mojo Story offers high-quality, deep reporting on news and events and has recently been commended and awarded for its trailblazing coverage of the Covid pandemic in India.

The Supreme Court Observer aims to build a non-partisan open-access database of the Supreme Court’s role and contributions.  It will also go into the Court’s jurisdiction, procedures and history and analyse landmark cases.  Additionally, it will discuss key legal and administrative developments, ranging from curated ‘must reads’ to historical overviews of legal doctrine. 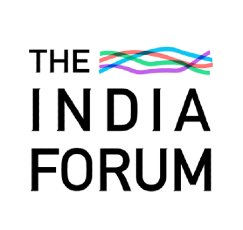 The India Forum (TIF), run by the Vichar Trust, is a digital ‘journal- magazine’ that aims to deepen the conversations on contemporary issues. Helmed by Rammanohar Reddy, eminent editor, it offers serious analysis, commentary and reflections on contemporary issues in a manner that is accessible to a wider audience. The portal offers a range of in-depth and well-researched articles on topics spanning education, climate change, caste, defence, politics and gender, among a host of other issues. 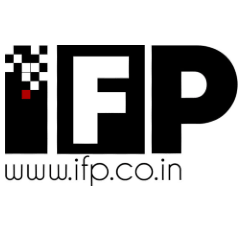 Imphal Free Press is an English-news daily published in Manipur since May 1996 and is now in its digital avatar. It now uses new-age platforms, including video, infographics and the social media, to disseminate news and perspectives about Manipur and the North East of India. 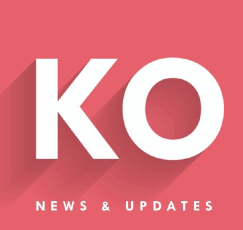 Kashmir Observer, in its 23rd year of publishing, is also one of Kashmir Valley’s first online ventures. It has remained steadfastly independent and balanced in its editorial and journalism in spite of enormous odds in a conflict zone. It is now poised to make renewed efforts in the online medium with ground-reported stories on critical and, hitherto, uncovered issues by going beyond the conflict. 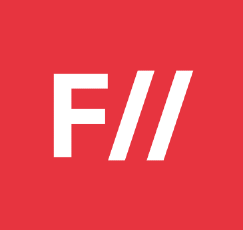 Feminism In India is an award-winning digital intersectional feminist media organisation to learn, educate and develop a feminist sensibility among the youth. FII amplifies the voices of women and marginalised communities using tools of art, media, culture, technology and community. 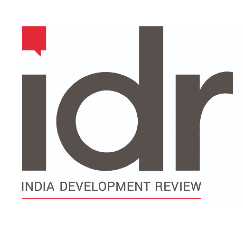 India Development Review, launched in March 2017, covers the development sector in India with a focus on deep-reporting from the media-dark regions. IDR. which has an all-woman leadership team, focusses on the verticals of agriculture, environment, education, health, human rights, livelihood, water & sanitation. It also plays a role in capacity-building in the development sector. 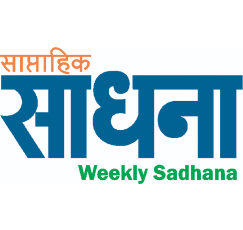 Saptahik Sadhana is a Socialist Marathi weekly publication established by Pandurang Sadashiv Sane (Sane Guruji), a leader of Rashtra Seva Dal on August 15, 1948.  The magazine has served as a voice for Socialist thought in India and played a key role in the mass awakening during the 21-month-long Emergency Rule in India in June 1975. The magazine has been led by prominent editors in the past such as P H Patwardhan, N G Gore, Narendra Dabholkar, and is now led by Vinod Shirsath since August 2013. 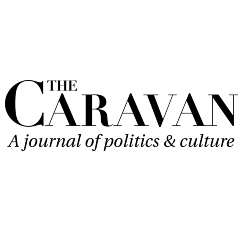 The Caravan is India’s first long-form narrative journalism magazine and web portal. It was relaunched in 2010 as a journal of politics and culture dedicated to meticulous reporting and the art of narrative. Since then, The Caravan has established itself as one of the country’s most respected and intellectually agile magazines, and set new benchmarks for Indian journalism. 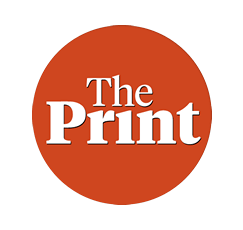 ThePrint is a news, analysis, opinion and knowledge venture, launched in August 2017 by editor Shekhar Gupta. It is sharply focused on politics and policy, government and governance. Its leadership team includes India’s most experienced and respected journalists with proven track records in the finest news organisations. 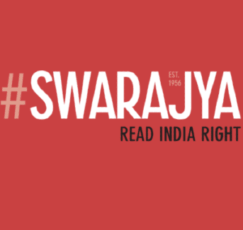 Swarajya – a big tent for liberal right of centre discourse that reaches out, engages and caters to the new India. 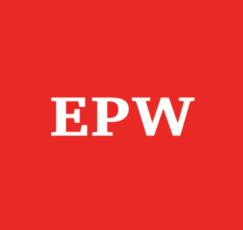 The Economic and Political Weekly, published from Mumbai.First published in 1949 as the Economic Weekly and since 1966 as the Economic and Political Weekly, EPW, as the journal is popularly known, occupies a special place in the intellectual history of independent India. For more than five decades EPW has remained a unique forum that week after week has brought together academics, researchers, policy makers, independent thinkers, members of non-governmental organisations and political activists for debates straddling economics, politics, sociology, culture, the environment and numerous other discipline