The Independent And Public-Spirited Media Foundation (IPSMF) was registered on 1st July 2015 as a public charitable trust in Bengaluru. The Foundation provides financial and other assistance to organisations creating and distributing public-interest information to the public at large using digital media, social media, mass media or any other media. The Foundation has been registered under Section 12AA (a) of the IT Act, 1961 and has been granted approval under section 80G (5) (vi) of the IT Act 1961. 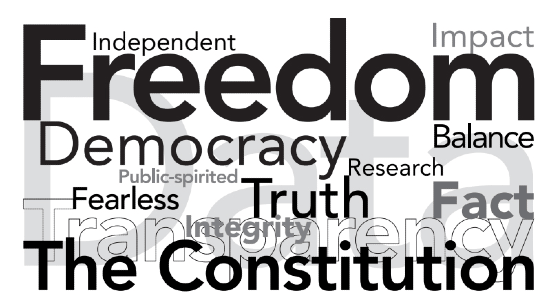 The Rationale for the Foundation

Traditionally, media in India are seen as institutions with a public purpose, housed in a corporate framework. This dual-purpose model (pursuit of public purpose as well as earning from it) has become challenged in recent times. Legacy media houses having become dependent on advertising revenue, now increasingly find it hard to compete with the online platforms to which advertising is shifting. News television channels also face similar, and serious financial challenges. This struggle to survive and sustain has made journalism susceptible to pressures from various quarters – from advertisers and corporates, from owners, from politicians, from government and even from society itself. The ever-present pressure to conform and shy away from speaking truth to power has increased dramatically.

Even as the Indian news media’s growth and vibrancy are recognised around the world, the challenges and pressures, as well as compromises, have become increasingly obvious.These deleterious trends in the media, manifest in several democracies globally, has fortuitously provided steam to a countervailing impulse to support public-interest journalism by public-spirited organisations, institutions and individuals. The need to support independent and public-spirited journalism has arisen in this context. If the market does not support a free media, then non-profit funding has to be made available to create an ecosystem of independent media entities.

3. The Editor’s role is paramount:

In tandem with the eroding of media independence and credibility, the role of the Editor, traditionally the lynchpin of the publication’s editorial vision and direction has vastly diminished. The walls that traditionally separated the commercial and editorial operations have been brought down. This has made the compromise of editorial values more convenient and more rampant. The losers of this erosion in editorial values are readers and the general public, who continue to earnestly look to the media to perform their public role as the watchdogs of public weal and to expect them to adhere to the values, ethics and professional standards traditionally espoused by editors and journalists. As free societies thrive and sustain on the bedrock of free flow of credible and trustworthy information – through free and vibrant media – the eroding of independent editorship and journalism leads to the negation of democracy itself.

Along with the crises in Indian journalism, has also risen an opportunity, the advent of the ‘digital dawn’ – the spread of digital connectivity and the ubiquity of the smartphone in millions of ordinary citizen’s hands. Indians are now more literate, more aware of their democratic rights and more connected over mobile phones than ever before. This ‘digital dawn’ also offers, for the first time, a chance to free media from the need for big budgets, to democratize media ownership and functioning, and to let a ‘hundred flowers bloom’. Simultaneously, there exist seasoned journalists who are willing to experiment in the space that has been opened up by technology—not just in the big cities but also in smaller towns and in remote micro-environments that are media-starved. This spells new opportunity and new hope. Media does not have to be big in order to be meaningful; what it needs to do is make a difference in its catchment area.

Through the fostering of independent and public-interest journalism;

India, with its billion and more population, is a vast country. Given the limited resources,, it would be impossible to build its reach amongst the entire population via the digital entities funded by the Foundation. Therefore, the Foundation, through its funding, would aim to achieve a primary and a secondary objective:

2. Intervention at National and state level in multiple Indian languages to create beach-heads of journalistic excellence with significant reach.