Thirty-eight-year-old Kokeni Posanna of Jaina Village of Jagtial District in Telangana, went to the United Arab Emirates in 2018 to work as a cleaner. He was an agricultural labourer in debt, and a job in Dubai appeared as a way out of the debt and poverty back home.

For the next one year and ten months, Posanna cleaned swimming pools and worked at landscaping gardens. His earnings were inconsistent; mostly, the salary never came on time, and on some months, it never came. The highest he could manage to send home to his wife and two children was a sum of Rs 16,000 during a month of his stay.

Posanna was brought back to India this year in January with his right side paralysed. The long hours working under the desert sun took its toll on him. “He got a fever once, and had to resume duty before he could recover. He had no insurance nor access to a hospital, and his health got worse,” says Ganaga Jala, his wife.

The migrant worker had gone to the UAE on a tourist visa and was working with a Dubai based firm illegally, by converting the toourist visa to employment visa. He had no access to healthcare in the UAE nor was he protected under India’s mandatory insurance scheme for all migrant workers, Pravasi Bharatiya Bima Yojana (PBBY). Officials with the Ministry of External Affairs say unlisted companies hire such workers on tourist visas through recruiting agents, to save money.

There are thousands like Posanna across the country who have been unable to avail PBBY as they are recruited by agents who send them abroad on tourist visas, and not legal employment visas. The workers thus work illegally and are not insured. The agents also don’t switch them from tourist visas to a proper work visa, and the Government of India (GoI) either remains in the dark, or ignores the issue wilfully.

Migrants like Posanna who do not have a formal education require an emigration clearance to move abroad for work. The emigration clearance is given by the Protector of Emigrants (PoE) office that handles the e-Migrate system. They are also tasked with issuing the licences for recruiting agents.

In the year 2019, among the five southern states, recruiting agents from Tamil Nadu sent 27,230 persons through the emigrant system. Kerala stands second with 18,577 persons, while agents in Andhra Pradesh sent 14,971 persons, Telangana sent 13,186 persons and Karnataka 5,198 persons. Those who go abroad on a tourist visa for work are not counted, said an official with the PoE office in Hyderabad.

As of February 4, 2020, the GoI has given licences to 1,451 recruiting agents across the country. However, 25% of these firms have not shown any record of their monthly returns to the Ministry of External Affairs in the last one year. Under the The Emigration Act, 1983, they are supposed  to submit periodical reports.

Many Indians going to the Gulf don’t get recorded in India’s emigrant system. Agents send them on tourist visas and promise that they would be given an employment visa within a few months of their visit. Many like Kokeni Posanna never end up getting employment visas, and continue to work on extended tourist visas. Many others whose employers do manage to get them an employment visa prefer to not fly to India and back for stamping the visa.

Many migrant workers on tourist visa go up the UAE-Oman border town of Hatta, make an exit to Oman and re-enter UAE with a fresh employment visa. Others go to the island of Kish and re-stamp visas on their passports. “The stamping on passport is done by the UAE, that data is not shared with the Indian government. There are thousands who are missing out on the insurance safety net like this,” adds Bheem.

“But there was resistance from those in the ECNR (Emigration Check Not Required) category,” says Rejimon Kuttappan, a journalist who writes on migrant rights. There are some 18 countries where ECNR is presently required, including six Gulf countries where a majority of the job seekers flock to. “But in a state like Kerala, almost everyone will have a Class 10 certificate and thus will be categorised under ECNR and so it’s not mandatory for them to go through the emigration system. The Bill trying to make it mandatory came up in the previous government’s last Parliament session, but lapsed,” he explains. If people under both ECR and ECNR categories are made to register with the emigration system, it gives clarity to the GoI on how many Indians are actually going abroad for work.

Rejimon says that companies based in the Gulf hire people through visitor visas as they can pay these workers less, violate labour norms by not paying for life or medical insurance, gratuity or even provide a human resource department to register grievances. “These days, even engineers are going on driver visas and continue to work at sites. If they meet with an accident, the police ask why a person on a driver visa is working as an engineer. The engineer then gets into trouble and the Indian embassy can’t do much. Even skilled workers are taking up short projects in the Gulf, but this is being done at great personal risk,” says Rejimon.

The trend continues as it’s easier to get a visit visa than an employment visa. “To get a proper employment visa, the Gulf based company should approach Indian embassy and show their credentials to hire an Indian through the eMigrate system. This is a ‘tedious’ process for them. So, they don’t want to do that,” he adds.

“There is an understanding between two countries when someone seeks employment,” says an official with the External Affairs Ministry. “There are preconditions that companies listed with the Government of India have to meet, such as people will be paid salaries above a fixed rate, there are rules about working hours and medical insurance, to name a few. These are not restrictions, but they are rules put in place to ensure the safety of the migrant. However, this increases the cost for the companies, and therefore many prefer to go through recruiting agents and hire workers on a tourist visa and don’t provide them with anything,” the officer says, adding that it’s not mandatory for companies to hire Indians only through the emigrant system.

Information sourced through Right to Information from the Ministry of External Affairs reveals that the number of firms not showing returns have also gone up annually. Out of 1,451 registered recruiting agents, as many as 416 firms have not shown records in 2019.

“These firms are doing business but not on record, it’s off the record. How else are they still paying office rent, bills and staff salary and renewing licenses worth lakhs?” asks Bheem Reddy Mandha, President of Emigrants Welfare Forum.

Recruiting agents have to pay Rs 25,000 for a registration certificate valid for five years to the PoE and provide a bank deposit guarantee of Rs 50 lakh.For small agencies with 100 persons deployment capacity Rs 8 lakh.

But what about registered recruiting agents like the one who got Posanna recruited on a tourist visa to Dubai? The agent is known to the family and was someone the family trusted. The agent who has since passed away, used to report to another agent who had ties to other similar agencies functioning out of Hyderabad, says Ganaga.

Bheem alleges that these registered recruiting agents are working as sub-agents for big agents in Mumbai, Hyderabad and their business is recorded in the licences of big players. “The small agents sitting in a rural area cannot deal with foreign employers, but they keep a licence so as to not attract trouble from the police. All the recruiting is done purely based on commissions,” alleges Bheem. He points to the Immigration Act under which no agent can appoint sub-agents. “No middlemen are allowed, even if they are licence holders,” he adds.

Had Posanna gone through the emigration system, he could have availed the PBBY scheme, a mandatory insurance scheme for those who have an emigration check for overseas employment. The scheme was launched in 2003 and last amended in 2017, it provides an insurance cover of Rs 10 lakh in case of accidental death or permanent disability with very low premiums.

The scheme also has global medical insurance coverage of up to Rs 1 lakh (up to Rs 50,000 per hospitalisation) irrespective of employer and location. The scheme also has a repatriation cover for medically unfit or premature termination, with a one-way economy class air ticket or reimbursement. Even legal expenses on litigation apart from other benefits are part of the scheme.

Medical insurance under PBBY is provided only to those who find employment through the e-Migrate system. Between April 2014 to December 2018 medical insurance companies under the PBBY have settled just 812 claims in tune of Rs 63.3 crore whereas the insurance firms have collected Rs 80 crore as premium.

Indian migrant workers like Posanna when opting for a tourist visa become ineligible for medical benefits under the scheme. The recruiting agents do not inform them of the benefits either. The PoE office in Hyderabad says they provide advice only to those who approach their office.

Posanna was made aware of PBBY only after he returned back to India spending for his own flight ticket which would otherwise have been free under PBBY.

He managed to meet initial expenses while at UAE with help from fellow migrant workers. However, upon coming back, his hospital bills touched Rs 1 lakh in just four days. The PBBY scheme would have covered that as well. The family, however, managed, thanks to the Telangana government’s Arogya Shree health insurance scheme for below poverty line families. The family today is in a worse state than before Posanna left for Dubai for work and now struggles to make ends meet. 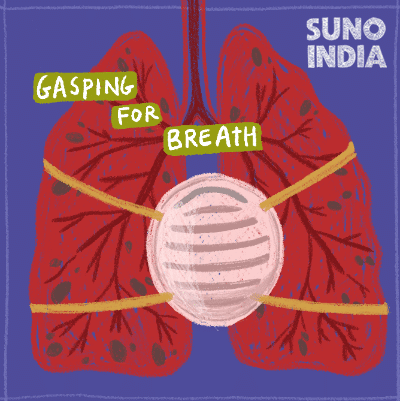 Treating TB is hard, it is worse if you are a woman 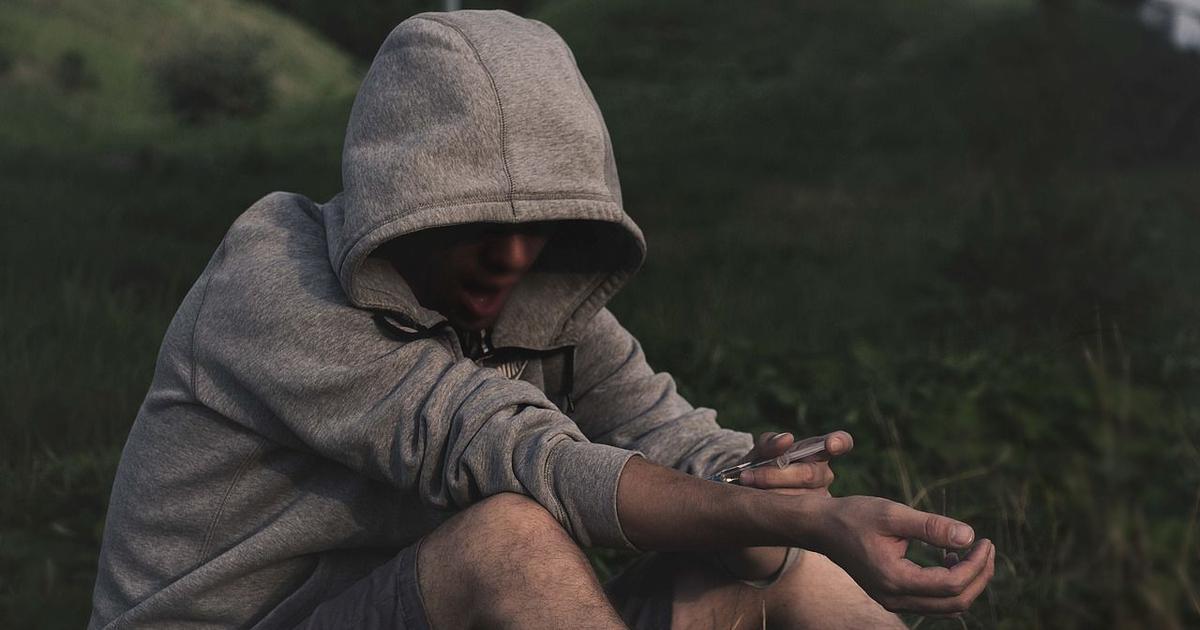 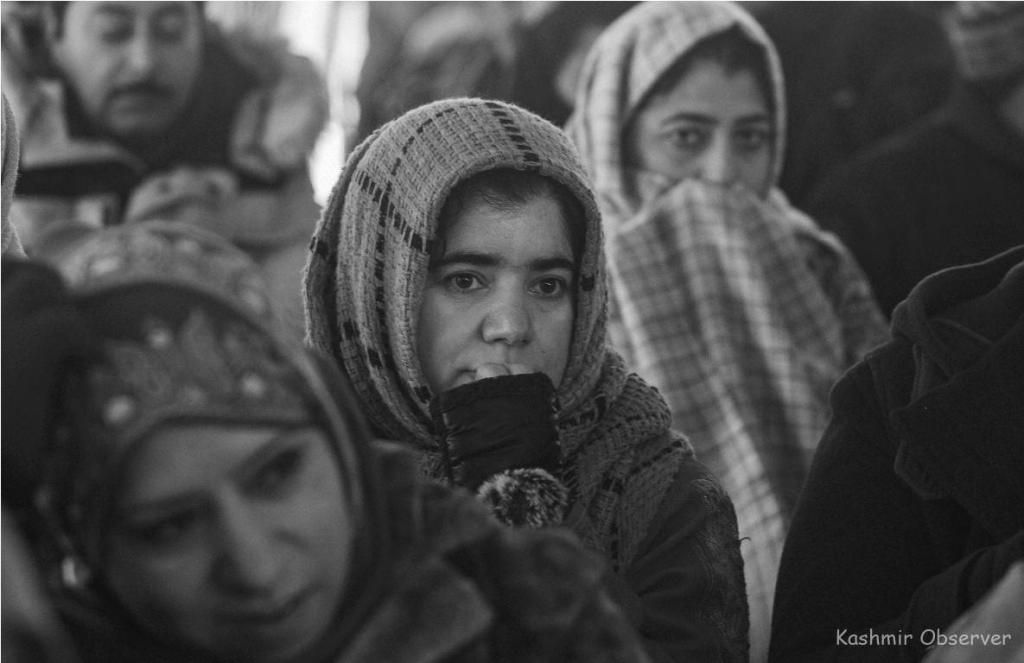 How Omission of Commission Left Kashmir Women in the Lurch 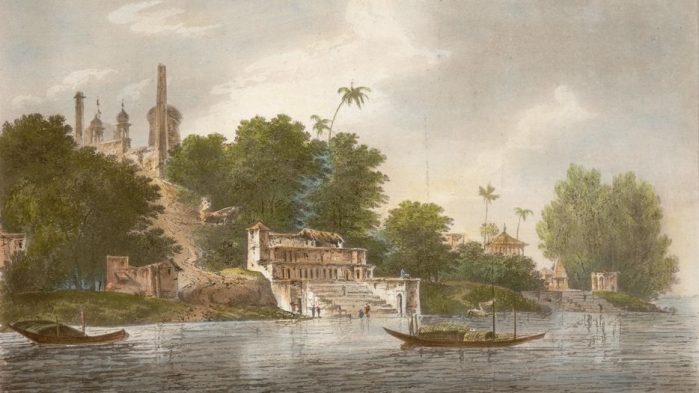 Ayodhya: History Beyond the Epics and Politics 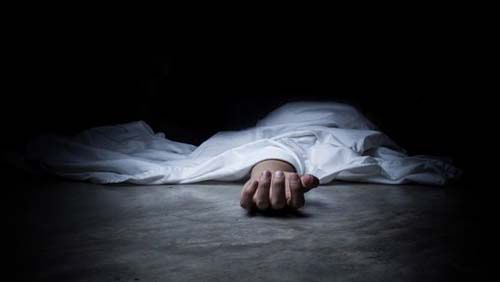