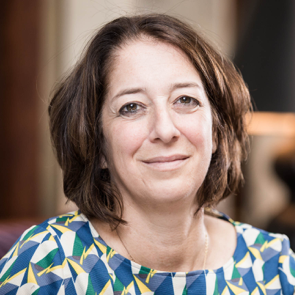 Anya Schiffrin is the director of the Technology, Media, and Communications specialization at Columbia University's School of International and Public Affairs. She teaches courses on media and development and innovation as well as the course Media, Human Rights and Social Change. Schiffrin spent 10 years working overseas as a journalist in Europe and Asia and was a Knight-Bagehot Fellow at Columbia University's Graduate School of journalism in 1999-2000. Schiffrin is on the Global Board of the Open Society Foundations and the advisory board of the Natural Resource Governance Institute. Her recent book - Global Muckraking: 100 Years of Investigative Reporting from Around the World - provides a deep insight into how brave journalists have rocked establishments by exposing corruption and human rights and labour abuses.

ANYA SCHIFFRIN'S TALK WILL BE FOLLOWED BY A PANEL DISCUSSION ON
THE FUTURE OF NEWS MEDIA AND THE ROLE OF INDEPENDENT MEDIA
Panel Moderator
Rohini Nilekani
Founder Chairperson, Arghyam 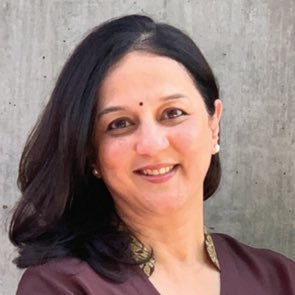 Rohini Nilekani is a writer and a philanthropist. She is Founder-Chairperson of Arghyam, a charitable trust that funds initiatives in water and sanitation and Chairperson of Pratham Books, which seeks to democratize the joy of reading for children. She sits on the boards of several non-profit organizations and funds work in education, health and environment.

Earlier as a journalist, Rohini wrote for a number of leading publications in India. She has also anchored a television show, Uncommon Ground, to bring leaders of the social and corporate sectors together in dialogue.

Govind Ethiraj is the founder of IndiaSpend, a data-driven news website. Founded in 2011, and funded by IPSMF since 2016, IndiaSpend is rapidly growing to become an "agency of record" for data and facts on the Indian economy, particularly in areas like education and healthcare as well as data on the states of India.

IndiaSpend's Hate Crime Watch, a database of religious-bias-motivated hate crime in the country, was awarded at the recent Data journalism Awards in Athens and has been the basis for stories in the Washington Post, Al Jazeera, New York Times, New Yorker and the BBC.

Govind is a Fellow of The Aspen Institute, Colorado, and a winner of the BMW Foundation Responsible Leadership Award for 2014 and the 2018 McNulty Prize 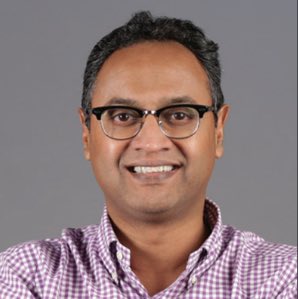 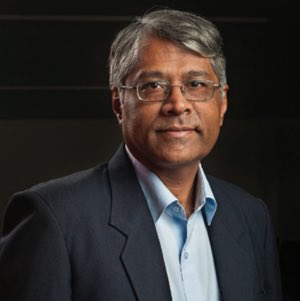 R. Jagannathan is the editorial director of Swarajya since December 2015. Jagannathan has shaped Swarajya as a leading source of news, opinion and analysis with a liberal, right-of-centre viewpoint. Supported by IPSMF, the website has given a voice to principles such as individual liberty and enterprise, free markets, a small state, openness and cultural rootedness, without being partisan. Earlier, he was the editor-in-chief of all Network18 publications.

Seema is the co-founder and Editor of The Ken, a subscription-driven news website supported by IPSMF. The Ken focuses on technology, startups, business, science & healthcare. Seema has over two decades of experience in journalism and has helped The Ken become a trusted source for deep reporting and persuasive storytelling, giving subscribers a peek into how innovation and disruption will impact the future of business.

Before starting The Ken, Seema wrote Myth Breaker: Kiran Mazumdar-Shaw and the Story of Indian Biotech, published by HarperCollins in May 2016. Seema is a Knight Science Journalism Fellow from the Massachusetts Institute of Technology and a MacArthur Foundation Research Grantee. 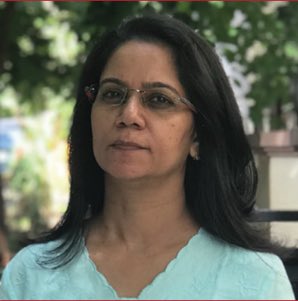 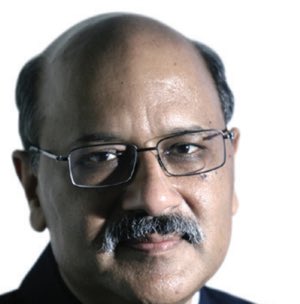 Shekhar Gupta is the editor-in-chief of The Print, a website focused on politics and policy, government and governance. Supported by IPSMF, The Print aims to deliver the substance of print news with the speed of digital media. Among India's most experienced journalists, Shekhar hosts The Print's popular video series Cut The Clutter, aimed at simplifying complex news events. He is also a columnist for the Business Standard and pens a weekly column which appears every Saturday.

Until June 2014, he served 19 years as editor-in-chief of the Indian Express.

Siddharth Varadarajan is Founding Editor of The Wire. Under his editorial leadership, The Wire, an IPSMF grantee, has emerged as a bold voice in Indian journalism and as an alternative news source, and has regularly published award-winning journalism.

Siddharth was earlier the Editor of The Hindu and is a recipient of the Ramnath Goenka Award for Journalist of the Year He has taught Economics at New York University and Journalism at the University of California, Berkeley, besides working at the Times of India and the Centre for Public Affairs and Critical Theory, Shiv Nadar University. 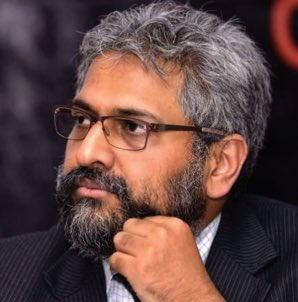 Sunil has been in media management all along and has been with The Times of India Group for a major part of his career. He was actively involved in some of the Group’s media innovations and was also responsible for setting up its Internet division. At Star India’s interactive division, he was responsible for overseeing the company’s investments in some of the early Internet start-ups in India.  He was last, Director and CEO of Times Group subsidiary Metropolitan Media Co. Ltd and its regional language newspaper, where he played a significant role in the setting up of standards for ethics and adherence to values through journalistic excellence. Sunil is passionate about a free and independent press and believes that the media’s role as a watchdog across all facets of society is paramount for a healthy democracy.

Jayakrishnan heads the content team at IPSMF. He is a journalist with skills across print, TV and digital media. With a ten-year specialisation in online media, he has hands-on experience of content ideation, creation and delivery. In the course of his career, he has worked with The Observer of Business & Politics, Zee News, Sify.com, Evalueserve, IANS Publishing, amongst others. Until recently, he headed the team responsible for curating content for Microsoft’s MSN.com and Windows 8 Bing platforms. A keen media watcher, he considers evangelising the joys of journalism as one of his life’s passions. He has an M.A & an M.Phil degree from JNU, New Delhi, in International Studies.

Aditya is a Chartered Financial Analyst with over 15 years cross functional expertise in corporate advisory, business research and investment banking activities.  In his previous role he advised SME clients and was involved in providing end-to-end corporate financial solutions, preparation of Business / Financial Plans and Project Reports. As Sr. Program Manager, Aditya is responsible for carrying out  the financial due diligence of potential grantees as well as monitoring business performance of current grantees.

Avinash supports the team with insights of analytics. Avinash closely monitors the audience and other KPIs for the entities. Avinash has over 12 years of experience in business analysis and has worked across sectors like Media, Retail, and KPO. He has been associated with companies like Thomson Reuters, MAS Brands, Times Group, and Papa Jones.

Aparna Iyer is a Program Manager (Content) with IPSMF. A former journalist with Deccan Herald and Times of India, Aparna has reported on major legal developments, environmental issues, and education. She has over six years of experience in journalism and is passionate about public causes. A linguist, she is fluent in seven languages. She has done her masters in Journalism and Communication Studies from The Maharaja Sayajirao University, Baroda.

Pranav Kiran is a Program Manager (Content) with IPSMF. An engineering graduate, he has worked as a business journalist for three years with international publications. His last stint before joining the Foundation was with Thomson Reuters in Bengaluru, where he covered industrial and manufacturing companies in the US. He also wrote on M&A, VC and private equity deals in India for Mergermarket. Pranav has a post-graduate degree in journalism from the Symbiosis University (SIMC) in Pune.

Lithin’s work at the Foundation includes maintaining and organising office operations and procedures. Lithin deals with correspondence, complaints, and queries, along with preparing letters, presentations, and reports. She manages the office budget and maintains administrative systems. Prior to this stint, Lithin worked with Toyota Kirloskar and Club Mahindra Holidays.